The Beginning or the End

The crew left Hertford, North Carolina on September 1st and made their way to Elizabeth City.  The next morning the crew entered the Dismal Swamp and spent the night at the Visitor Center dock.  On Thursday, the crew finished off the Dismal Swamp, made their way to Norfolk, circled the navigational aid Red Buoy #36, and then docked at the Waterside Marina in Norfolk.

The crew decided to have an extended stay in Norfolk over the holiday weekend and let the crazy people enjoy the water while the crew stayed safely tied to the dock.

After leaving the dock at Hertford at 0900, the crew spent 3.5 hours dodging those nasty crab pots in the river and sound.  By 1220 the crew had made it out of the Albemarle Sound and into the Pasquotank River.  Then 20 minutes later they rejoined the ICW at mile 65 officially ending the side trip around the Albemarle Sound. 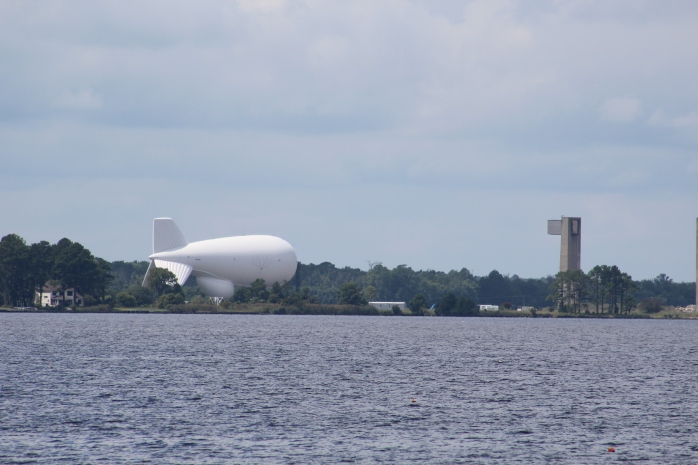 There were some interesting sites to behold on the way to Elizabeth City.  Most interesting was the Blimp Air Field.  The crew spotted a strange building on the horizon which eventually showed itself to be a blimp hanger.

Upon arrival in Elizabeth City, the crew strolled around the waterfront.  At 1800 they were entertained by a local band for two hours, as the town came out to enjoy a concert in the park.

The town lived up to their nickname, “Harbor of Hospitality.” 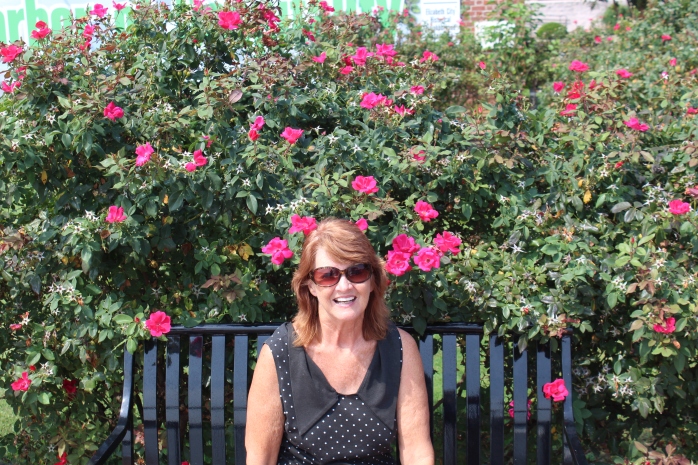 Though the mate was hoping for 5 boats to be in town so she could get a rose, Still Waters II was only one of two boats docked, so no rose this trip. 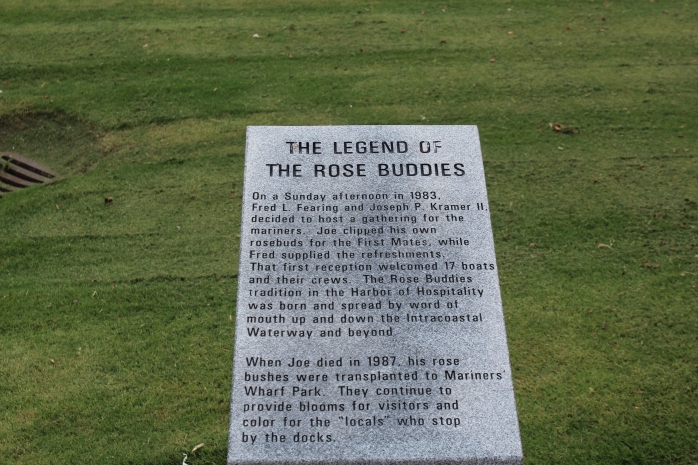 On Wednesday September 2, the crew went to the local Mariner Museum and then headed out to the Dismal Swamp.  The only thing more dismal than the swamp was the Texas Longhorn’s showing against the Fighting Irish on Saturday.  Looks to be another loooooooooooong season for the burnt orange fans such as the skipper.

The trip up the swamp took a little planning to time scheduled bridge and lock openings.  The crew left about 1220 and needed to be at the South Mills Lock before 1530 to make the last opening of the day.  The skipper knew the time and distance and used that info to calculate the speed needed to make the opening.

The skipper padded the calculation a little and the crew arrived 30 minutes before the lock opening.  Plenty of time to set the fenders and ropes to pass through the lock.  The trip through the lock raised Still Waters II about 12 feet.

The same person operates both the lock and the South Mills Bridge.  So after opening the lock gates the bridge tender jumped in his truck and raced down to the bridge to open it so as not to cause any delays on the water.  As usual though, plenty of delays for car traffic as they wait for the bridge to close so they can get on down the road. 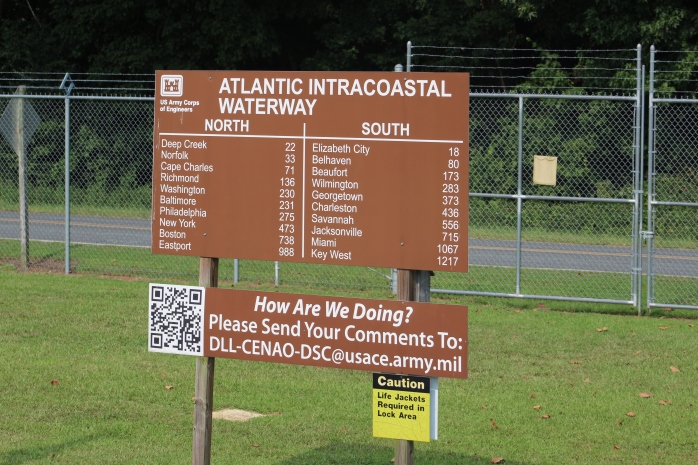 Just 5 more miles of swamp and the crew arrived at the Visitor Center.  There were already 2 boats tied to the dock, but there was plenty of room to dock on the north end past a 26 foot sailboat.  The sailboat captain jumped up and helped the mate secure Still Waters II to the dock.

The crew spent the morning exploring the Dismal Swamp Park and Visitor Center.  However, they needed to get back on the water so they could make the bridge and lock openings again.  They shoved off about noon, and thirty minutes later they passed into Virginia. 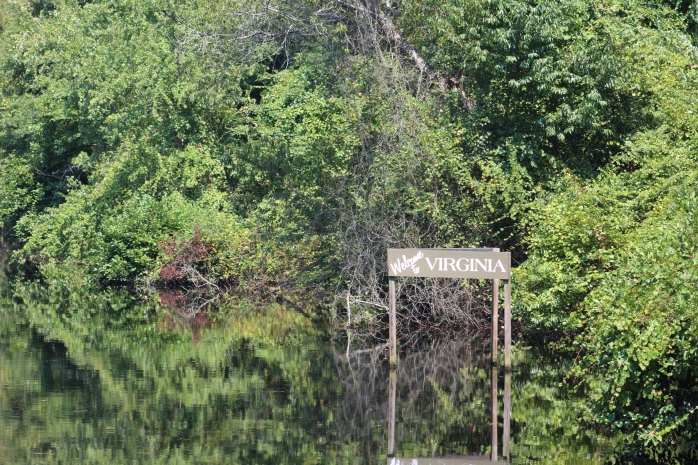 The crew arrived at the Deep Creek Bridge about 40 minutes ahead of schedule.  Just south of the bridge on the east bank was a large concrete structure with cleats attached.  So what do you do when you need to wait 40 minutes for the bridge to open?

Duh, you tie up to the structure, run across the street to Hardees, and order vanilla shakes for the crew.  Then buy a watermelon from the guy sitting on the corner in his pick-up truck.  Yes, that is exactly what you do!!!

After making it passed the bridge and through the lock, it was another two hours to Norfolk.  There was very little traffic on the Elizabeth River on the run up to Norfolk, but there was plenty of activity along the water front.

Before entering the Waterside Side Marina in Norfolk, the crew went a little further up river and rounded Red Buoy #36.

This buoy is mile marker “0” for the beginning of the  Atlantic ICW.  The crew was pretty excited that they had actually made it all the way from Fort Myers, Florida.

The crew would like to thank the virtual crew members who have completed this leg of the journey from the safety of their electronic devices.  Your words of encouragement keep the crew going strong.

The crew will take shore excursions to visit Jamestown, Yorktown, and the National Mariner’s Museum over the Labor Day weekend, then start the next leg of the journey on the famed Chesapeake Bay next week.