Thanks to Buckhorn Yacht Marina

Eric here catching you up to date on the travels of Still Waters II.

Click on the Travel Map above or this link to see the day-by-day travel log.  The crew only travelled one day because they were on the hard in Buckhorn from Monday to Saturday.

The crew left the lock at Buckhorn in the morning and travelled 1 mile to the Buckhorn Marina.  The marina had arranged for a trailer to haul Still Waters II out of the water.  The crew initially tied up at the fuel dock to await the arrival of the trailer.  Once the trailer arrived and was positioned, the crew moved the boat over and loaded her on the trailer.  However, the truck was not strong enough to pull her out of the water.

The marina staff went and got a large piece of machinery, attached to the truck, and between the two vehicles they hauled her up out of the water.

The marina staff moved the boat over out of the way as much as possible and set her down where she would rest for the rest of the week.

The fiberglass guy (Joel) got busy right away grinding on the repair areas.  The Admiral showed her southern hospitality and kept Joel in sweet iced tea all week.  Joel is a true craftsman.  After the repairs were complete, Still Waters II looks as good as new and you cannot tell where the repairs were made.

The crew spent each evening watching the sun go down from this point at the marina. 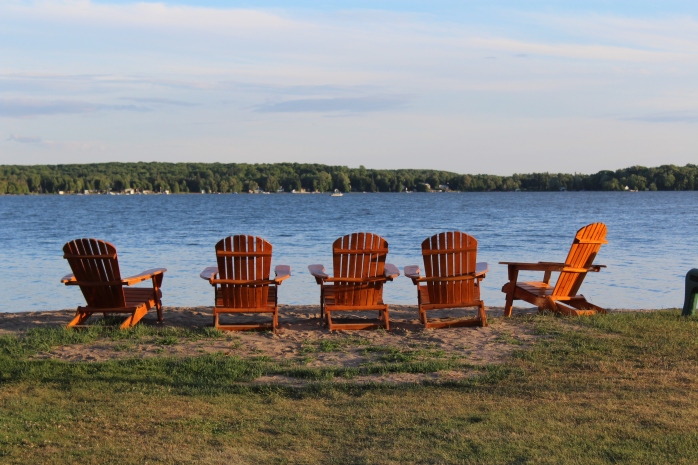 Discovered these interesting rocks while hiking around. 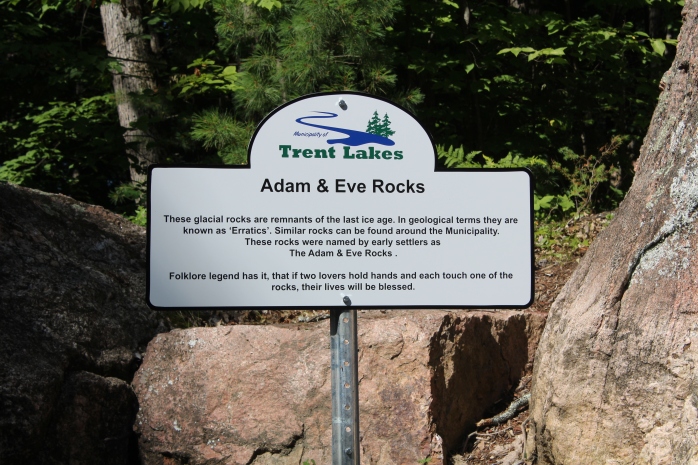 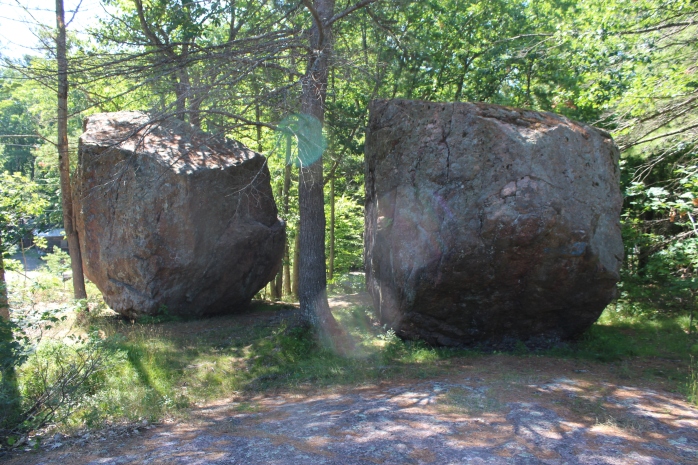 The crew has spent the week mostly relaxing, and taking in the Kawartha ice cream.  There seems to be 37 flavors offered.

At this point the crew has sampled about 10 flavors, but are not ready to make a recommendation on the best flavor yet.  There is still much more analysis needed before making a final recommendation.  However, the skipper and Admiral are dedicated to the cause of complete analysis before leaving the area though.

The crew splashed back in the water around noon.  As usual these launches gather the attention of those nearby.  In this case, the local boaters were enjoying a long holiday weekend and were gathered to watch and wish the crew off well.  The skipper sat around a camp fire with three other couples Friday night and enjoyed sharing tales and stories.  One of the best parts of this adventure is getting to meet the fine folks around the waterways.  There are none finer than the people at Buckhorn Yacht Marina.

In addition to the boaters at the marina, the marina owners are top notch also.  The marina is family owned with four generations involved now.  The patriarch bought the place back in 1974 when the marina only had three slips rented.  The sons now carry on the business and have built a marina with a great reputation.  People from all over Canada send their props here to get worked.  In fact, on Friday morning a plane landed in the water and tied up at the fuel dock to pick up refurbed boat props. 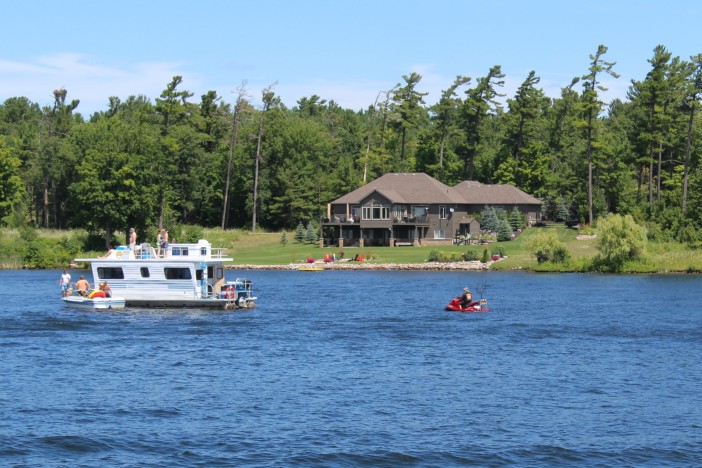 But, after a week delay, it was time to get going.  Upon launching, the crew headed out to see if they could find a spot to dock for the night.  As mentioned before, it is a three day weekend, and many people were out on the water enjoying the day.

After making the 4 foot rise at the Rosedale lock, Still Waters II is now 597 feet above the water level on Lake Ontario, and 850 feet above sea level.  This marks the high point on the loop.  Future locks will now start dropping the boat back down towards sea level.  The lock master also said that the next lake, Balsam Lake, is the highest navigable lake in North America.  The skipper has not taken the time to fact check that info but sounds good none the less. 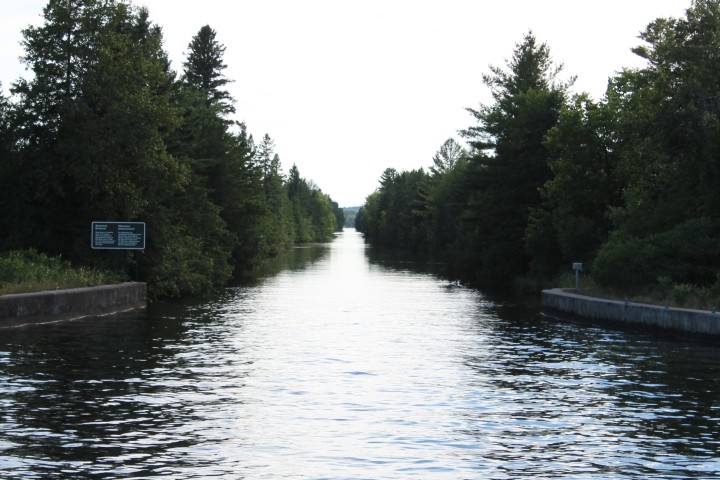 From Rosedale the crew was informed that they would be able to find a place to stay at the Kirkfield Lift Lock.  The challenge would be getting there safely.  There is a narrow canal that runs for a few miles from Balsam Lake to the Kirkfield Lift Lock.  The canal is narrow because it was man made thru a rock formation called the Canadian Shield.  There was a sign posted at the entrance of the canal that stated that boats over 40 feet long have to do a securite radio message prior to entrance.  The canal is so narrow that two large boats cannot pass so the skipper had to make sure that no one was east bound in the canal prior to entering.

With no response from other boaters the crew entered the canal and headed to the Kirkfield Lift Lock.  Not only is the canal narrow, it is also shallow.  The depth alarm which is set at 6 feet was alarming most of the time.  The skipper finally turned the alarm off to get some peace and quiet.  There were stretches in the canal where the water was consistently only 5 feet deep.  The water was also clear so you could see the rocks lining the bottom of the canal.

After four miles of this entertainment, the skipper noticed that the Skipper Bob Publication had this note at mile 167.2 to 168.5, Trent Canal.  Now the narrow rock walls even take a turn to the west.  Are you having fun yet?

The skipper gave one of his famous replies to that question, “If this is fun, then we are having it.”

After about another mile of this fun, the Lift Lock came into view and the crew tied up for the night.  The crew plans to stay at the Lift Lock on Sunday and start the Talbot River section of the waterway on Monday.

Tune in next week to see how the crew manages the Kirkfield Lift Lock and the Big Chute Railway.  They should complete the Trent Severn by weeks’ end and be staged to enter the much talked about waters of the Georgian Bay.