Eric here catching you up to date on the latest travels of Still Waters II. Click on this link to see the day- to-day travel log.

The week started out great with a run to Port Washington, but the wind and small craft advisories kept the boat in the marina all day Monday.  Tuesday turned out to be a good weather day so the crew made the run to Racine.  However, the weather forecast for the remainder of the week was calling for small craft advisories each day due to the high winds.  Wednesday seemed to be the best available window to make the run to Chicago.  Turned out to be a good decision because the winds were really high Thursday and Friday causing 4-5 foot seas. 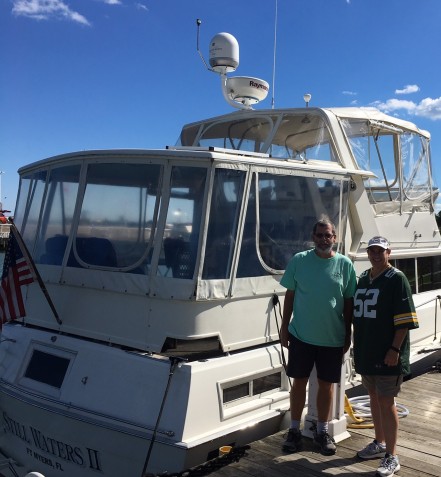 The crew got off on an early start in the morning so that they could make Port Washington in the afternoon.  They planned to meet one of their softball family members, Sharon from Wisconsin, and spend the afternoon together.  Sharon arrived at the marina by land at 1300 and the crew made it in about 1330.  Sharon wore her Packer gear to support her team as the NFL season kicked off today.

The group went to a Pub to catch the second half of the Packer game.  The Cheese Heads held on at the end of the game to score their first victory of the season.  The Cowboys played next but let the game slip away to start the season with a loss.  Oh well, another looooong season for Cowboy fans.

The group headed back to the boat and spent a wonderful afternoon on the sundeck.  The skipper would liked to have taken Sharon out for a cruise but with the wind blowing at greater than 17 mph, the safest place to stay was tied to the pier.

With the high winds continuing to blow all day and most of the night, the crew took to sightseeing Port Washington.  The skipper started the day getting 20 miles in on the bicycle.

The ride north was slightly up hill, but seemed to be rather easy.  After making it to the end of the Interurban Trail, it become obvious what was going on.  After turning around and heading back south, the skipper was going directly into a 20 mph head wind.  The 10 mile ride back in was a little more difficult than expected. 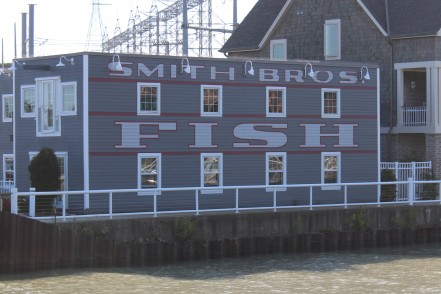 The Linda E had gone out on a calm December morning to check her nets.  At 0946 in the morning, the crew placed a call to the Smith Brothers fish shanty to announce that they had fish in the boat and would be in at 1400 to sell the days catch.  However, the Linda E never arrived.  The boat and three crew members were all lost at sea.

The Coast Guard spent 18 months investigating the missing boat and finally solved the mystery.  Turns out a large Laker ship unknowingly ran over the Linda E.  She was found by following the December 11th course of the large ship.  The Linda E was found crushed on the bottom.  During the investigation, the Coast Guard even found white paint from the Linda E on the bow of the large ship.

The Linda E was the last commercial fishing boat to ply the waters out of Port Washington.  Today though, the port is home to a large and vibrant charter fishing industry.  One of the largest on the Big Lake and the largest in Wisconsin.

The wind and waves were going to co-operate today to allow passage to Racine, Wisconsin.  While trying to leave the marina, a guy landed a large salmon right in front of the boat.  The skipper waited and watched the struggle as the guy brought the fish into the net.

Afterwards the skipper made way for the breakwater wall and found another surprise.  The waves coming into the harbor were 3-5 footers.  He initially thought about turning around, but noticed that the waves were smoother outside the breakwater.  The configuration of the wall was causing the water to pile up and make a large wave.  After getting outside the breakwater, the crew found the cruise down to Racine comfortable.  When they arrived at the marina, they found themselves with three other looper boats, Inspiration, Leap of Faith, and Lone Star.

The four couples all decided to go out on the town and eat at an Italian food joint.  The food was very good but the camaraderie and stories of life on the loop were better.  Turns out the crew of Inspiration owns property on one of the Admiral’s favorite lakes, Lake Lanier, north of Atlanta.

With a look at the weather forecast before turning in for the night, it looks as though the crew may be stuck here for several days waiting for more favorable wind and wave conditions.

A large storm blew past during the night.  When the skipper awoke, he noticed that the wind was calm.  He checked the weather and found a big change in the forecast.  The wind was now predicted to be from the northeast with the swells moving south along the Big Lake.  He checked several other weather services and found agreement in the forecast.  The crew talked it over and decided to try and make the 64 mile run to Chicago.  If things changed during the day they had back up plans to pull into other marinas along the route.  Because of the ever changing weather on the Big Lake, there are marinas / safe harbors about every 25 miles down the lake.

As one would expect, the weather changed after leaving the marina.  After only about an hour out on the water, the wind started to swing around directly out of the east.  And those 1-2 foot swells that were supposed to be travelling south, well they were travelling west.  The swells were about 3 seconds apart and directly on the beam as the crew travelled south.  Still Waters II slowly rolled back and forth all~day~long.

The only good news with that was the wind happened to stay fairly calm around 5 mph.  Well at least till the crew got close to Chicago.  With about 6 miles to go (45 minutes), the Coast Guard came over the radio and issued a small craft advisory because the winds were picking up to over 20 mph.  This is never good.  Especially with beam swells attacking the side of the boat.

It did not take but just a few minutes and the wind whipped the waves to 3-5 footers.  As mentioned in other posts, when the average wave height is 3-5 feet, you can expect an occasional 7 footer.  And yes the crew got rolled pretty hard by one of these big waves.  The skipper normally tries to turn the boat into the larger waves to minimize the roll, but he did not see this one coming.

The crew thinks this was the Big Lakes good bye kiss. After the big wave and big roll, the skipper turned the boat westward and headed to shore.  This put the waves behind the boat and they surfed their way into the harbor breakwater.  The Admiral commented that she was so glad to have Lake Michigan completed and was glad they did not have to navigate these unpredictable waters anymore.  The skipper wholeheartedly agreed.  In fact, the skipper has become fond of saying Lake Michigan is about endurance rather than enjoyment.

The towns and people along the lake have been wonderful.  But the ever changing weather, wind, and waves has certainly made this leg of the journey more of an endurance event.

With a town the size of Chicago, there is more to see and do than can be accomplished in just a few days.  They decided to go to Millennium Park, walk the Magnificent Michigan Mile, eat at the original stuff crust pizza joint, take the Architectural River Cruise, and enjoy the Navy Pier.

On the Architectural River Cruise, they learned that the nickname of the town is ‘The Big Onion’.  This is due to the Indian name for the area that was translated as “Wild Onion.”  It also plays on the “Big Apple” of New York. 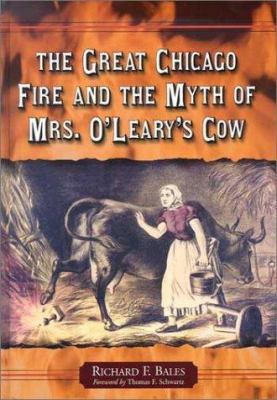 Another interesting tale was the story of the Great Chicago Fire.  As many have probably heard, Mrs. O’Leary was milking her cow.  The cow kicked the lantern over and started the fire.  Turns out that the author of this story that appeared in the Chicago Tribune actually came forward 20 years later and said he made the whole thing up.

Unfortunately, Mrs. O’Leary, a poor, Irish Catholic immigrant, who made the perfect scapegoat for the incident, went to her grave shunned by her ‘home town.’  In 1997, the city council officially exonerated Mrs. O’Leary and the cow for their non-part in the Chicago Fire of 1871.

The tale of the Chicago Tribune Building was interesting.  The building has parts and pieces from other famous places and buildings built into the outer wall.  For example, there was a piece from the White House, The Taj Mahi, British Parliament Building, and many, many, others.

The crew actually found a piece of the Alamo on the side of the building.  Two other favorites were a rock from Yellowstone National Park, and Mount Rainier. 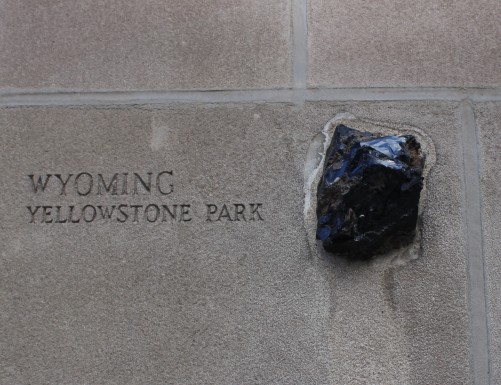 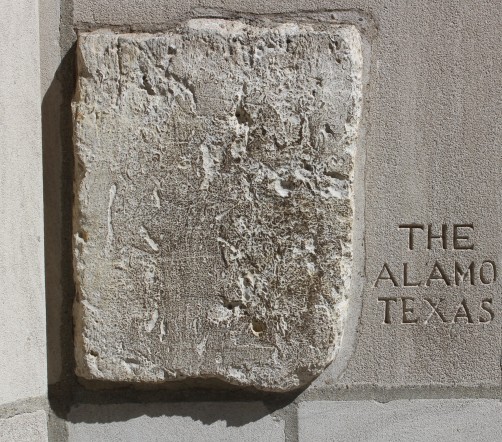 The Chicago River Walk also has a Texas connection.  Mayor Daley had visited San Antonio, Texas and fell in love with the city river walk.  He wanted to create a similar outdoor space for the citizens of Chicago so he had zoning laws changed that required buildings along the river to include public walking space.  The Chicago River Walk is still a work in progress but it is a nice space.

The last story to share is about another ship wreck.  The deadliest ship wreck on the Great Lakes happened right downtown Chicago.  The SS Eastland was a passenger ship that had flaws from the beginning.  Once completed, she was found to be top heavy and would list to one side with a full compliment of passengers.

The first ‘fix’ was to limit the number of passengers on board and on upper decks.  After the Titanic sank, all passenger ships had to upgrade their lifeboat systems.  This added even more weight high up on the boat making the listing problem worse.

To try and bring the center of gravity lower in the boat, the owners put very heavy solid wood furnishings in the passenger rooms.  On July 24, 1915 the ship listed while tied to the pier.  The passengers top side rushed to the handrail to see what was going on.  This caused the list to actually roll the ship over on her side in 20 feet of water.

A total of 844 people were killed.  Most of these were passengers in the lower levels of the ship.  When she rolled the heavy furniture moved and either pinned people to the bulkheads or blocked the doorways so the people could not get out.

Another Texas connection in Chicago.  Who would have thought Texas would have such an impact on the Windy City.

And what is a trip to The Big Onion without a trip to the bean. 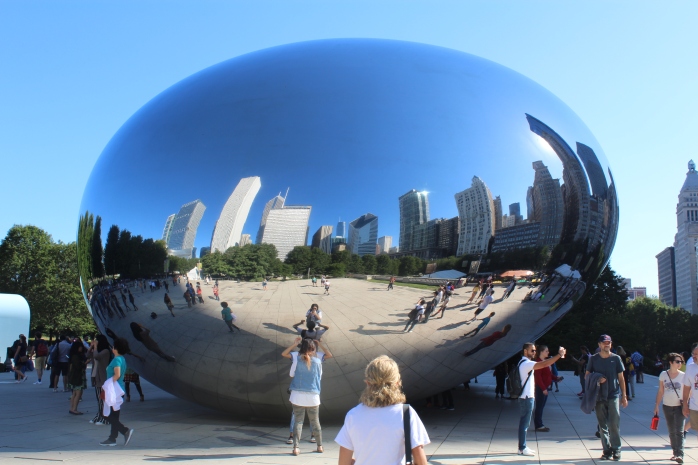 Next Week – After a few days of rest in Chicago the crew will start the next leg of the journey down the inland rivers.  The Admiral has family near Chicago and the family members are planning to come aboard for the first day through the Chicago River and the beginning of the Illinois River. Hope to see you aboard as we travel the country’s heartland.

Loop on – The water goes on forever and the adventure never ends.

← Out of This World
Following the Fall Color South →

3 Comments on “The Big Onion”