It Is A Small World

Eric here reporting on our crew’s attendance at the AGLCA Spring Rendezvous in Norfolk, Va.  In 2015, you might recall, the crew only met one couple from Texas, and the couple had lived in Arlington, Texas.

This year, there were six couples from Texas, and 25% of them had lived in Arlington, Texas.  In case you did not know, our skipper was born and raised in Arlington.  Rafe  lived in Arlington as a child and moved from Little Road to Boyd, Texas before Junior High.  He also graduated from High School in 1978, same as our skipper.

Lynn attended The University of Texas at Arlington earning her degree and eventually taking a job in Austin, Texas.  Speaking of Austin, two of the boats hailed from Austin, Texas.

The two other Texas boaters hailed from Blanco, TX and Porter, TX.  Can you spot the Star Trek fan? 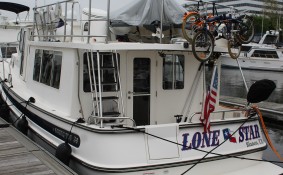 The crew spent most of their time sitting in presentations and learning more about navigating the Great Loop.  I will not bore you with the details of the seminar, but our crew definitely learned more about the adventure that lies ahead and is itching to get to New York City and beyond. 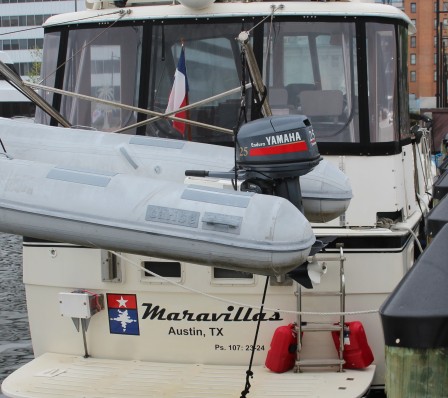 The Looper Crawl was a huge success for the Admiral.  The crew showed Still Waters II during all three Looper Crawls.  The Admiral got many compliments from the folks who came aboard.  Several people came back each day to look at her again and take away some of the Admiral’s decorating ideas.  One lady even commented that the Admiral should start a Boat Decorating Business and help others finish out the interior spaces of their boats.

Still Waters II turned out to be a popular spot for people to just hang out.  On Monday, the Looper Crawl officially closed at 1730, but she had people onboard all the way to 1900.  On Tuesday, a crowd gathered and finally dispersed about 2000 because they all decided to finally go find something to eat.  On Wednesday, another crowd gathered and broke up at 1900 so they could attend the seminar dinner.

On Wednesday night, the crew went down to Abaco Lady and joined Doyle and Christy who hosted a sing-a-long aboard their boat.  The skipper was encouraged by the gathering to join in and sing.  He informed them that he was tone deaf and a prison singer – you know – always behind a few bars and never has the right key.  The crowd allowed him to just stay and watch. 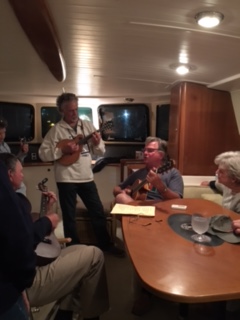 On Thursday afternoon the crew said good bye to another couple, Thad and Cindy, aboard Glorious Dei.  I suspect there will be many more meetings between these two in the days and months ahead because the Admirals have really hit it off.  In fact they have made some kind of pact together.  We will have to wait and see what comes of that.

Our crew left Friday morning in the rain after some of the other boats cleared out of the marina.  First destination was  Yorktown to attend the Blues, Brew, and BBQ festival.  The rain followed the crew most of the day but cleared long enough to get docked.  However, they were surprised to find the Hokule’a  at the Riverdale Landing in Yorktown. 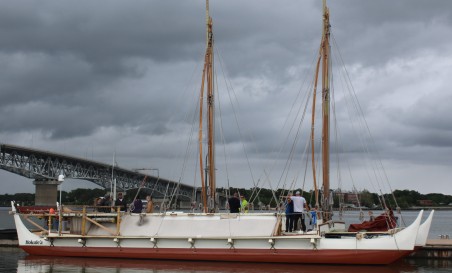 Hokule’a left Hawaii in 2013 to circumnavigate the globe.  The crew got to board and tour the vessel.  The skipper asked what the worst seas that they had encountered.  A crew member reported a stretch in the Indian Ocean where they had 20 foot swells.  The skipper thinks he will skip any passage on the Hokule’a. 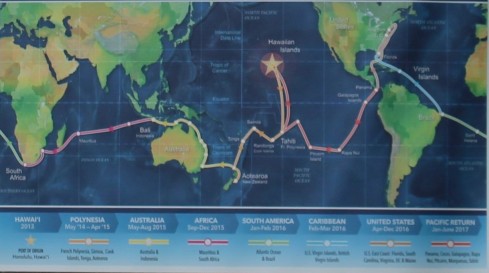 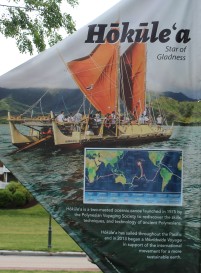 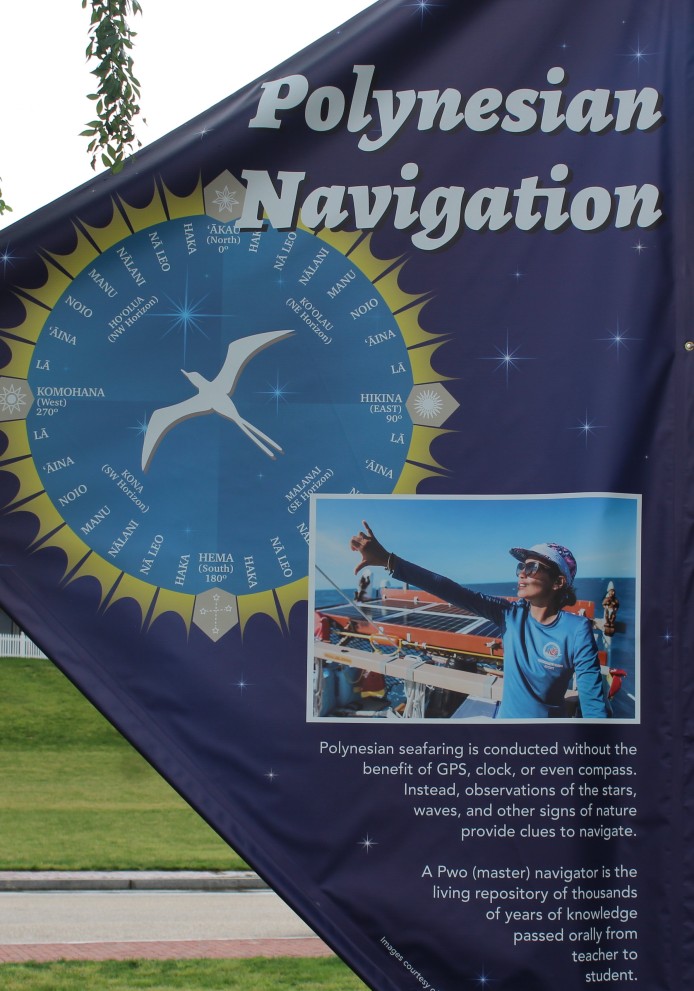 ← The Good Old North State
Wrath of the Three Sisters →